Qigong is a mind-body exercise form that uses meditation, breathing, and movement to increase energy and enable the body to heal itself. The exercise and healing techniques used were developed in ancient China and Tibet. It is practiced for a variety of reasons and has countless health-related benefits.

The art of Qigong (chi gung or chi kung) originated over 5,000 years ago and is based on the principles used in acupuncture and traditional Chinese Taoist medicine. It is a form of light exercise that involves repeated movements, practiced breathwork, stretching, and increasing fluid movement within the body. By doing this, qigong restores the flow of energy in the body and helps us become aware of the flow of our own life force energy, or chi.

The power of qigong has been demonstrated in China over thousands of years and has been seen by its tremendous health benefits for millions of people across the globe. Developing the life force energy, or chi is the main focus of Taoism. For most, the main benefits of qigong come from the relief or prevention it provides for a multitude of chronic health issues and concerns like diabetes, poor circulation, back pain, and even cancer.

To learn more about how qigong can be applied medically, check out Supreme Science Qigong Center’s multiple healing products and streamable videos or read more on our blog. 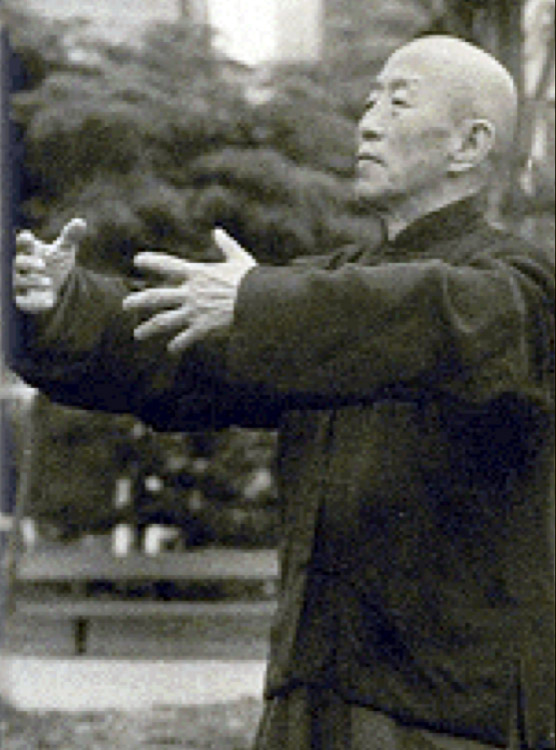 The Development Periods Of Qigong

The development of Qigong can be divided into four distinct periods according to the few historical documents that exist today. 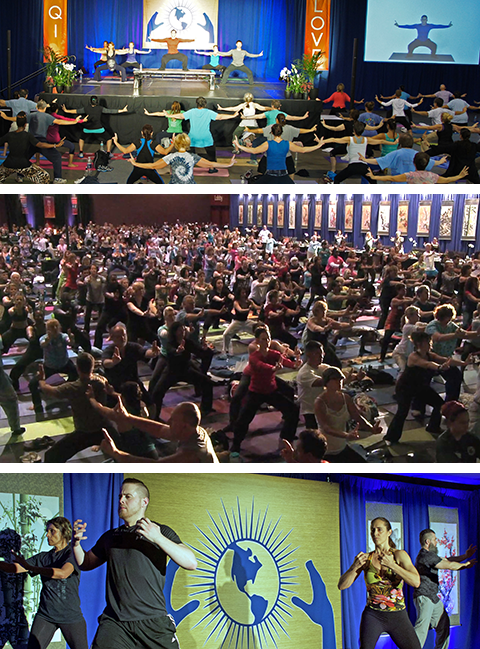 This started before 1122 B.C. when the “Yi Jing” (Book of Changes) emerged and continued until the rise of the Han dynasty. At that point, meditation was imported from India and brought with it, specific standing meditation postures, some moving, some stationary.

The blending of traditional Qigong and the practice of Chinese moving and standing meditation brought in the second period which focused on the religious practice and benefits of the art form. This ended with the rise of the Liang dynasty.

With the rise of the Liang dynasty, it was discovered that Qigong could be used for martial purposes. Many different styles flourished based on the theories and principles of Taoist Qigong.

At the overthrow of the Qing dynasty in 1911, Chinese Qigong blended with methods from India (Prana Yama), Japan (Reiki), and other countries to become the broad discipline that it is today

Non-Renewable: The life force energy that you are born with, this type of Qi is also called prenatal or original Qi.

Renewable: This life force energy comes from the food we eat, the air we breathe, nature, and even meditation or mindful exercise.

Qigong works toward resetting the body to neutral by releasing blockages in the energy flow. A variety of techniques are used to achieve this. Through all the different forms of Qigong, these elements are combined and used in different ways. 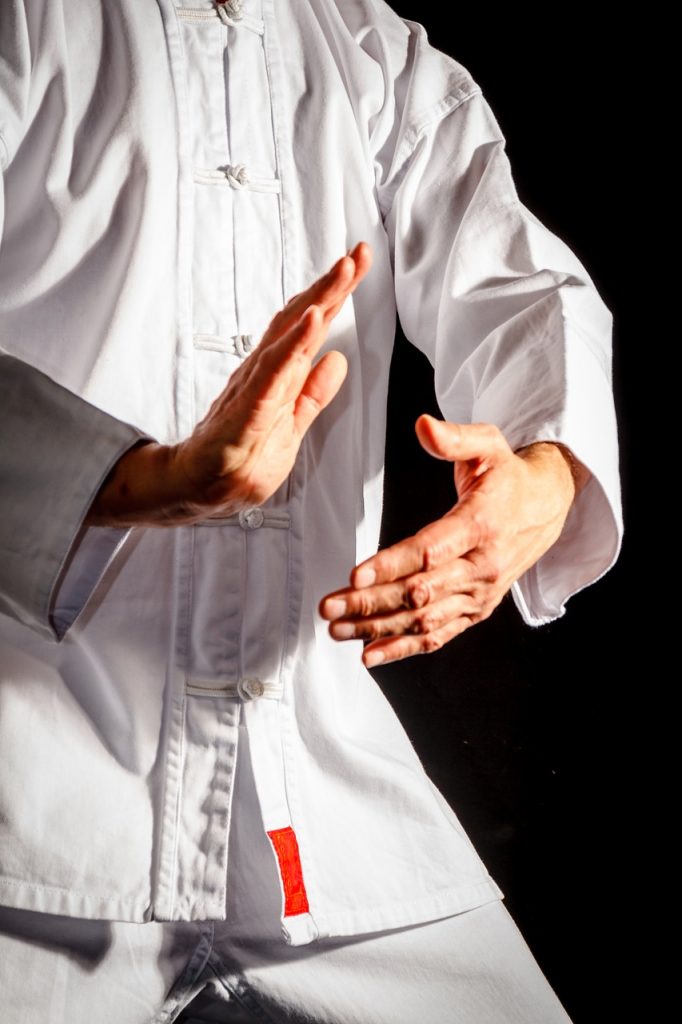 Many times, a lot of our physical pains stem from or are aggravated by stress, both emotional and mental. Because of this, it’s important for us to find a healthy and calm inner-self – something that qigong helps us achieve. Practicing qigong helps deal with managing anger, stress, anxiety, depression, and negative thoughts. 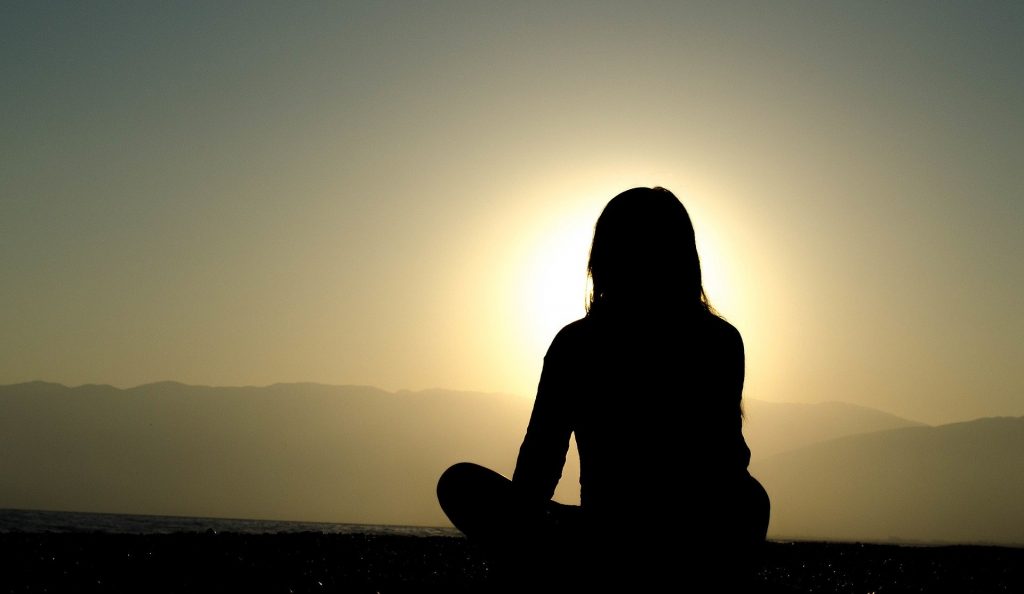 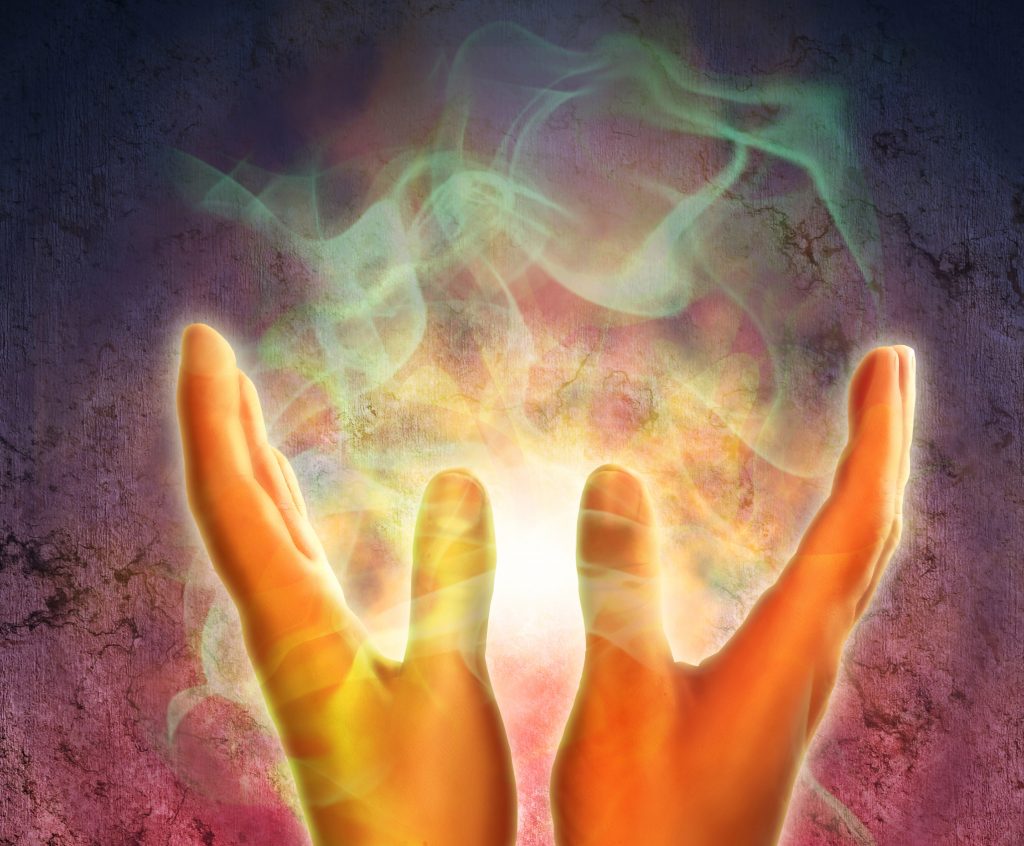 The Three Treasures Of Qigong

Qigong is a spiritual practice as well. The goal is the complete change of the mind, body, and spirit. Feeling and understanding the energy produced by our bodies makes it easier to better understand our thoughts and emotions.

Based on Taoist practices, every person holds “the three treasures,” which refers to jing (sperm or life fluid), chi (energy), and shen (spiritual power). Supreme Science Qigong Center helps you become one with the Tao, cultivating the ultimate understanding. 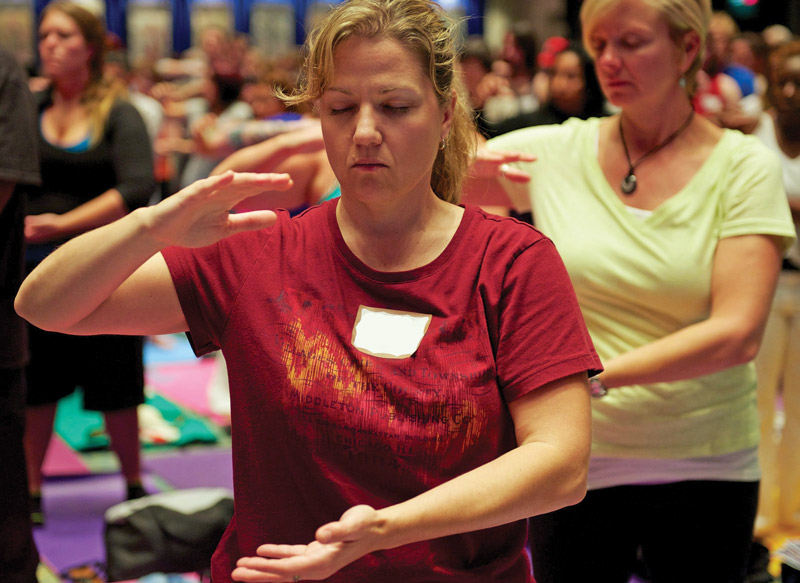 Basic Skills To Be Mastered

A posture that is natural and relaxed while practicing Qigong is important to allow smooth breathing. It also helps to get the mind into a quiet, calm state. The most common postures are standing firm in one place with gentle arm movements and breathing combined, conscious walking, moving the hands in time with breath, sitting in a chair upright, or standing.

Regulating and being able to quiet the mind is an important discipline that will lead to success. The world will always be busy with many demands on the mind. Being able to settle inside and zone out of those thoughts is both a goal and a benefit of practicing Qigong.

Qigong is a perfect antidote to the effects of current lifestyle trends. Today’s world is fast-paced and runs on stress, fast food, and too little sleep. This combination has a devastating effect on our bodies and has been shown in countless studies to lead to a plethora of chronic illnesses and mental health issues. Practicing Qigong retrains the body and mind to truly relax… In this state of calm, the body can heal itself. Many other physical benefits follow the practice of Qigong as a lifestyle including increased strength, stamina, range of motion, and flexibility. It also improves the function of the immune system, digestive system and enhances healthy sleeping patterns. Mentally, it hones the ability to concentrate which is vital for effectiveness in studying and at work. 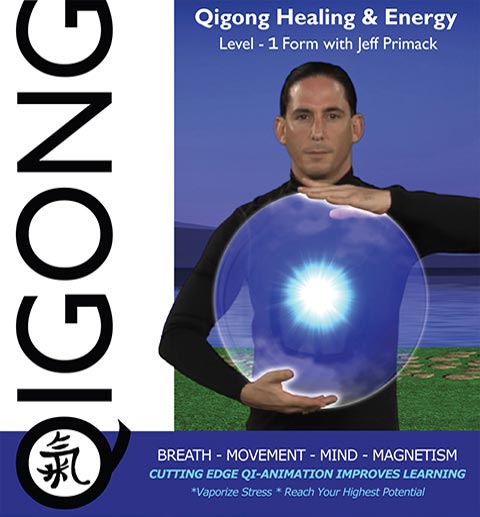 Qi moves Blood/Energy in profound ways. Digestion improves and circulation is enhanced within minutes of practice. Take our Qi Challenge to practice everyday 30 days. Level-1 and Level-2 Qigong forms are the most powerful routines we teach and both are loved by live audiences for over a decade. 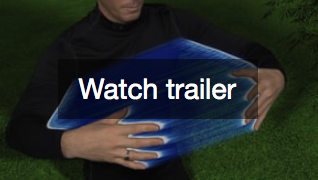 HD Video – 42 Min: Routine takes place in bamboo garden with realistic energy animation and custom music. Level-1 is our main practice and the video’s animation deepens your experience of Qi. Thousands of instructors in America have learned to teach using this video. Noticeably strengthens magnetic field and increases energy. Video first released in 2005, upgraded in 2007 and HD remastered 2013. 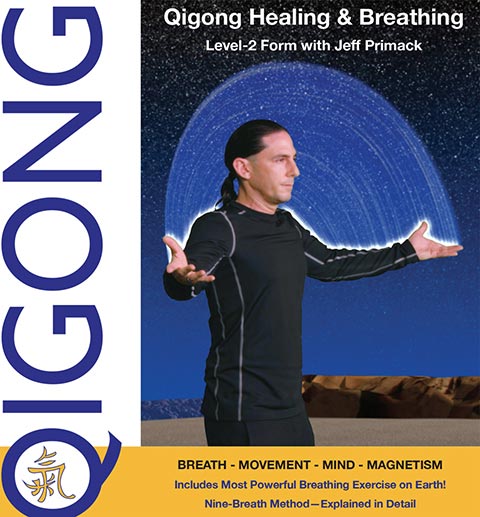 Level-2 video is the latest creation from Supreme Science Qigong Center and took many years to produce. Improved animations, camera views and film production has moved many qigong instructors to declare this new 2017 video is our best ever. 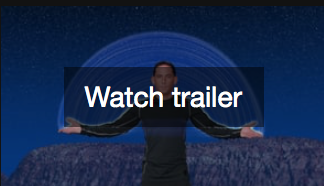 HD Video – 34 Min: Routine takes place under a night sky and emphasizes connecting to God, Source and Stars. It uses Blood and Qi washing movements and ends with 9-Breath Method to leave you feeling euphoric, oxygenated and living your best life. It is an awesome Qigong Practice with realistic energy animation and custom music.

Includes Bonus – 15 Min: Nine-Breath Method with Jeff and Kai. These two instructors who have taught together for ten years share their most powerful breathing technique more precisely. 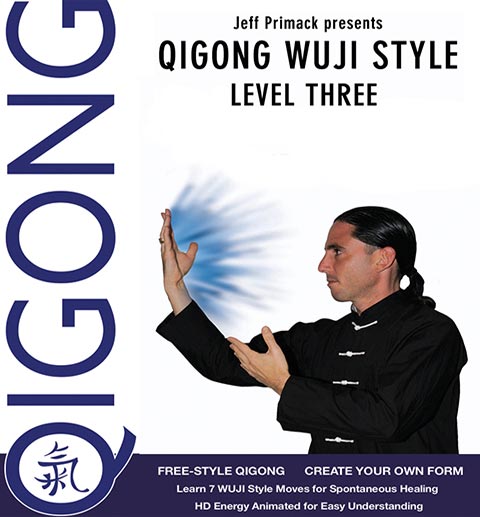 Level-3 Wuji is a Free-Style Qigong. We learn to STEP and BALANCE like in Tai Chi and 7-Types of Qigong movements to create your own form. Experience is magnetic and brings deep healing. 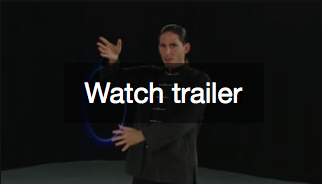 Taught to large numbers of children in schools, summer camps and adults at the Qi Revolution. Encourages creativity and calms active minds. Wuji Movements in this Video: